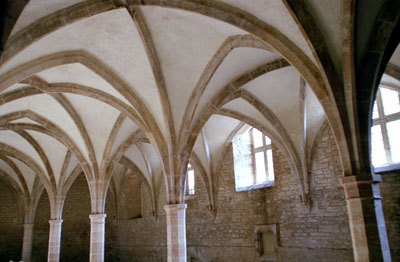 Heir to the monks, Mommessin has its origins in . In fact, it was at Grange Saint-Pierre, an old outbuilding of the Abbey of Cluny, that Jean-Marie Mommessin, the company founder, set up the business in 1865. The key of Grange Saint-Pierre later became our House’s emblem.

The acquisition of the renowned Clos de Tart in 1932 seals the House's establishment in the heart of Burgundy. Its headoffice later was transfered in Quincié-en-Beaujolais, after more than a century of presence in the Mâconnais.

The next chapter in Mommessin’s history is now evolving in the green hills, at the foot of , where the company’s innovative spirit and open attitude continues to florish. Here our expertise and experience, steeped in Burgundian tradition, are transmitted through our wines.